How It’s Made Monday is meant to inspire you with some of the secrets of videocraft: sometimes, those secrets lie in how NOT to do things just as much as they are found in how to do things. So today we’re going to share how to mess up your aspect ratio. In short, leave it unplanned!

For those with amateur experience in videography, let me ask a question: when was the last time you planned the aspect ratio elements of your video production? In all honesty, most people simply point and shoot and hope they capture something that works (and for the record, vertical video should never be considered something that works IMHO). For professionals, as much as depends upon them, the opposite is true. Rather than simply thinking, “I hope this will look good,” they consider what they want the production to look like – and then go about planning the shoot to achieve that end. Believe it or not, this also includes which aspect ratio to use.

For the most part, I work with widescreen footage (for simplicity, let’s call that 16:9). So when I take a look at a DVD and find the footage has a 4:3 SD ratio, I expect a visual phenomena called pillarboxing. For those who don’t know, that means when the 4:3 image is displayed in a widescreen environment, the image is displayed with added lateral mattes (usually black, though some productions have used more creative ways to add those mattes).

Subsequently, if you were to fit a widescreen image into a 4:3 environment you could fork out cash to have a pan and scan application made (the important information in each 16:9 scene is shown in the full frame size of the 4:3 aspect ratio this way). Or – the cheaper, and far simpler, alternative would be to letterbox the image. Where pillarboxing is lateral, the letterboxed image has horizontal mattes (usually black bars) above and below it.

So how can you mess that up? 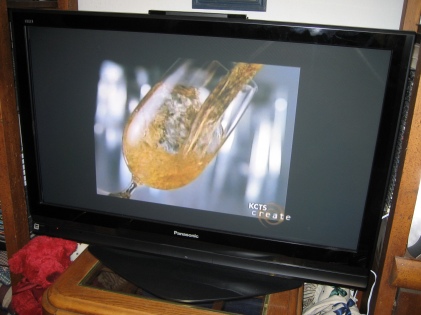 While there are many things that might go wrong – my personal favourite would have to be the unintended ratio fail known as windowboxing. In this happy example (above), the source material was 4:3. Some thought went into having footage for a 16:9 audience though, so the advertisement was intentionally pillarboxed to that end. Unknown to the production house (it seems), the channel the advertisement was to air on was actually a 4:3 broadcast. So, the network took this faux 16:9 image and letterboxed it to fit. Given that people have widescreen TV’s though, these lovely people ended up with this glorious mess – a final image that was even further pillarboxed! Such fun!

So if you want to emulate this lunacy, begin by pointing, shooting, and hoping it all turns out for the best. It’s surprisingly easy to do. Additionally, you should not consider what platform you intend your production to be shown on. Oh, and you should remain completely oblivious to what might happen if your production crosses between display platforms. If you can do these three things – then you will be well on your way to developing ratio blunders of the highest order.

This site uses Akismet to reduce spam. Learn how your comment data is processed.